Do you love to play first-person shooter games on your iPhone or iPad?  Have you tried Critical Ops? It’s one of the most action-packed FPS games on the market today.

What is Critical Ops?

It is a 3D multiplayer FPS game where you have two teams of 6 players each – a terrorist team and an anti-terrorist team. Depending on your team, you have one objective – to eliminate the other team, and you do that by placing and detonating bombs or by deactivating them. It is a game of strategy, skill, and speed, and all three are critical to your success or failure. 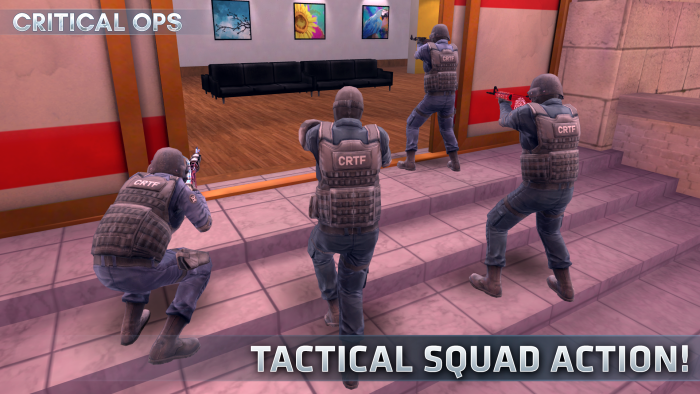 This couldn’t be easier – go to the official app store or tap the link below. When the app page opens, just tap on Download.

Download Critical Ops today and join the fun in one of the most popular FPS games ever released. With the in-app purchases being purely cosmetic, nobody can have an unfair advantage making it, even more, a game of skill. There are in-app purchases in the game, but none of them are designed to give any player an advantage, making it a fair-to-play game.

The in-purchases merely offer credits and range from $1.99 up to $49.99. Not interested? Open iOS Settings and go to Screen Time > Content & Privacy – from there, you can disable the in-app purchases altogether – not a bad idea if you share your iPad or iPhone with others!

Back to top
Language: